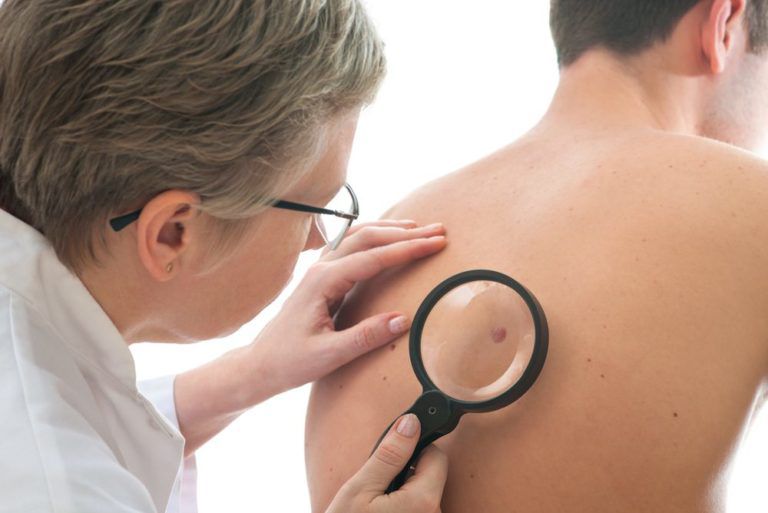 Many people develop skin cancer in their lifetimes. It is by far the most curable form of cancer though early detection is important for a positive outcome. Skin cancers often vary in appearance from person to person, making them difficult to identify to the untrained eye.

that skin cancer is the most frequently diagnosed cancer in the U.S.? An estimated 2 million Americans are diagnosed with 3.5 million instances of skin cancer every year – representing more cases than those of breast, prostate, colon and lung cancers combined. In fact, the average American has a 1 in 5 chance of being diagnosed with some form of skin cancer at some point in his or her lifetime.

How do I know if I have skin cancer?

Because skin cancer varies so widely in appearance, it is impossible to self-diagnose yourself. However, you can monitor your skin and moles for changes that warrant a visit to your doctor. Examples include lesions or moles that are changing in size, shape and color or those that are bleeding or itching. A General Surgeon may remove suspicious moles altogether or otherwise conduct a biopsy to determine whether a malignancy is present.

What should I expect from skin cancer treatment?

If skin cancer is found, you’ll be treated according to the type of cancer you have and its stage. The vast majority of skin cancers are either basal cell carcinomas or squamous cell carcinomas – each of which has extremely high survival rates. However, a surgeon will still excise these cancers from your skin to prevent cancer growth and eventual disfigurement. Another type of cancer, melanoma, is less prevalent than basal cell and squamous cell carcinomas, yet it is responsible for the vast majority of skin cancer deaths. Your doctor will excise a melanoma and depending on its stage of progression, may refer you for chemotherapy, radiation, or lymph node removal.

Will I need to follow any special instructions after being treated for skin cancer?

If you have had skin cancer, chances are you have developed it as a result of unprotected sun and UV exposure. You’ll need to wear sunscreen each day and avoid indoor tanning. Also, it is important to constantly evaluate your skin and any moles you may have for changes to their size, shape, color and symmetry. If you find something growing on your skin again, see your doctor immediately.