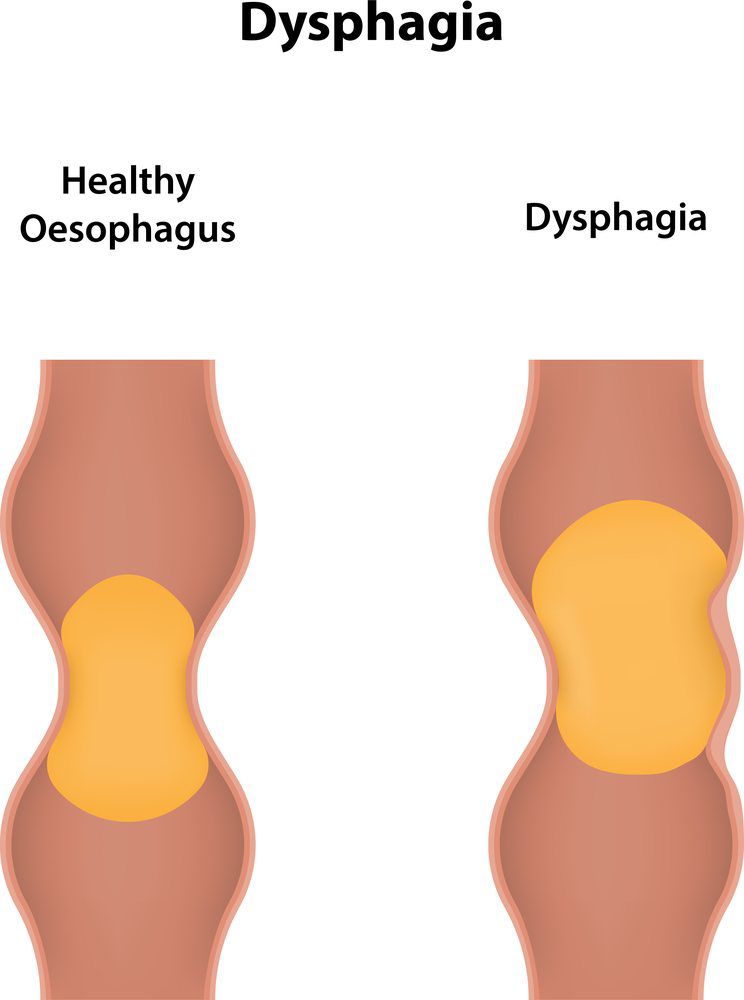 Esophageal dysphagia refers to the sensation of food sticking or getting hung up in the base of your throat or in your chest after you’ve started to swallow. Persistent dysphagia may indicate a serious medical condition requiring treatment.

Dysphagia can occur at any age, but it’s more common in older adults. The causes of swallowing problems vary, and treatment depends on the cause.

Although swallowing difficulties can’t be prevented, you can reduce your risk of occasional difficulty swallowing by eating slowly and chewing your food well. Early detection and effective treatment of GERD can lower your risk of developing dysphagia associated with an esophageal stricture.

Swallowing is complex, and a number of conditions can interfere with this process. Sometimes the cause of dysphagia can’t be identified. However, dysphagia generally falls into one of the following categories.

Dysphagia may be caused by one of many different conditions or illnesses, especially those that weaken the muscles and nerves used to eat and swallow. Some patients develop dysphagia as a result of other disorders like gastroesophageal reflux (GERD).

What are the symptoms of dysphagia ?

Signs and symptoms associated with dysphagia may include:

How is dysphagia diagnosed?

A general surgeon will likely use a variety of tests to determine the cause of your swallowing problem.

Will I need Surgery?

Surgery may be recommended to relieve swallowing problems caused by throat narrowing or blockages, including bony outgrowths, vocal cord paralysis, GERD and achalasia, or to treat esophageal cancer.

The type of surgical treatment depends on the cause for dysphagia. Some surgeries that our doctors perform are: