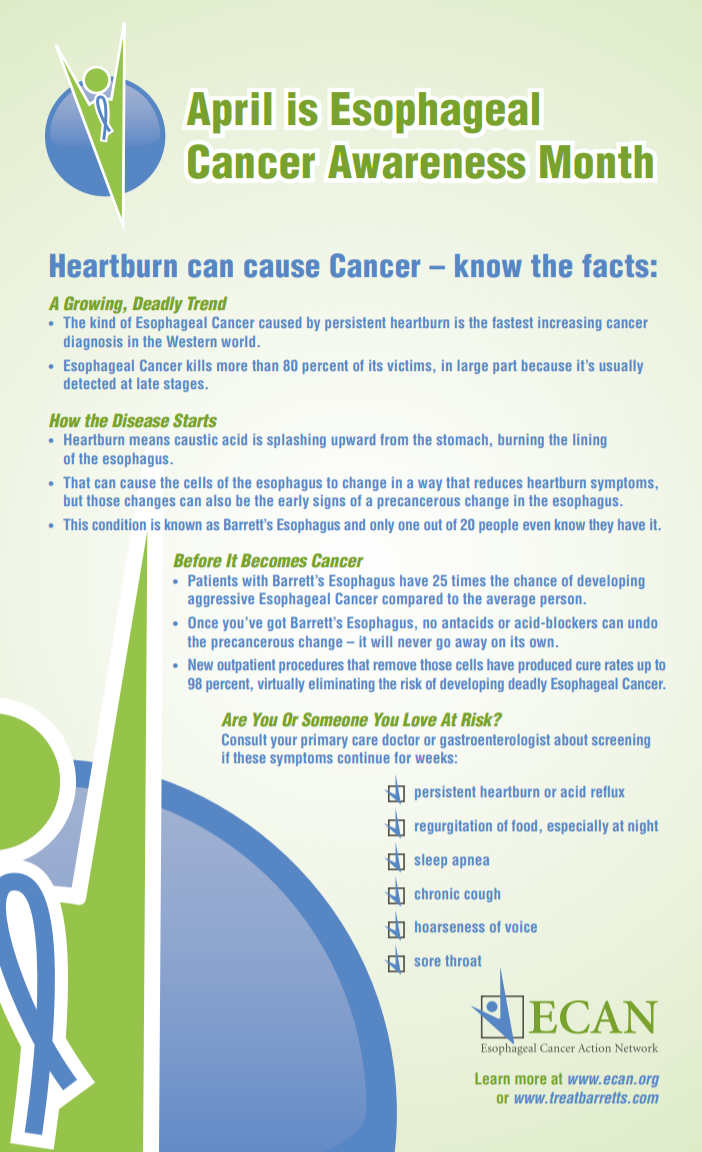 There are Two types of Esophageal Cancer

The type of Esophageal Cancer caused by reflux disease is increasing at a faster rate than any other cancer in the U.S.  Sadly, only those who catch their cancer at the earliest stages are likely to be cured.  So, finding this cancer early is very important.

Only one in five patients diagnosed with Esophageal Cancer will survive five years because it is most often caught at late stages. The disease is often only discovered when patients have a hard time swallowing because of a large tumor in their esophagus.

Talk to your PRIMARY CARE PROVIDER or GASTROINTESTINAL SURGEON about your concerns if:

The symptoms described above may be caused by esophageal cancer or other health problems.

Mat-Su Surgical Associates perform many screening & surgical procedures for conditions of the esophagus.

Conditions of the esophagus we treat:

Procedures for the esophagus we perform: 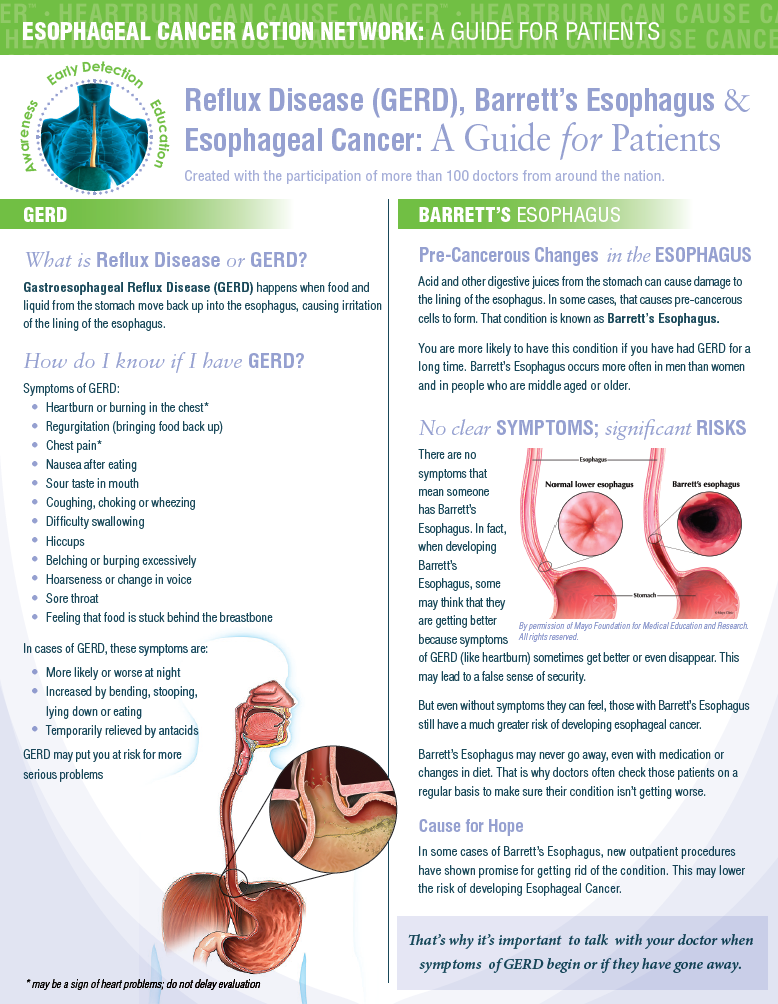 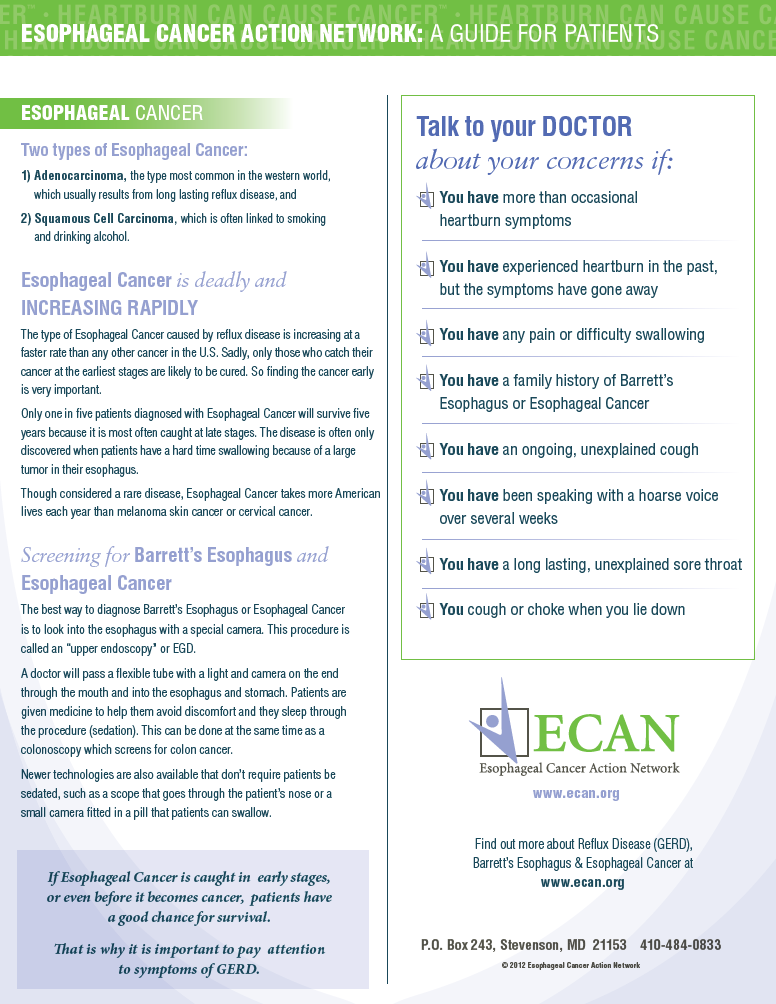